It seems ages since I managed to add anything to the blog even though there has not been much to do in the garden and allotment. The kitchen has been very busy cooking up all the veg that is still in the freezer or in the garage. Time seems to have evaporated with the daylight.

I will try to do a bit of a catch-up.

December as many will remember was extremely snowy and cold. It was pretty difficult to get anywhere and the leek and sprouts were frozen into the ground.  The birds were having a hard time but at least there are still berries around and a lot of people are feeding with extra food.

I finally got around to fencing off the whole allotment, to start with as best I could as the ground was too hard to dig. Since the thaw, I have managed to bury the mesh and build what I hope will prove to be a rabbit proof gate from broken pallets. It is looking quite professional. 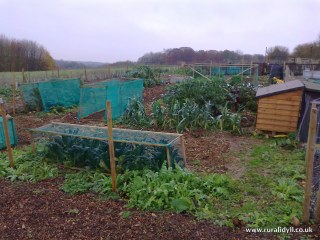 I managed to dig some leeks and also the few potatoes given to me by one of the neighbours and grown under a cold frame. We had ‘new’ potatoes in the first week of January.

My seeds are all bought and I have two new fruit  trees coming  in late January- a medlar and a quince. I am looking forward to putting them in. 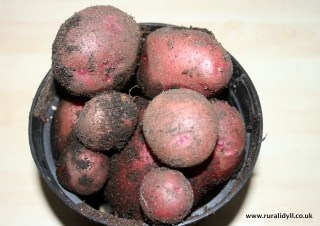 I have managed to tidying up the garden and looking at my various pots, I was astonished to discovered the one of the pots with Duke of York red potatoes still had some sound potatoes and I was able to harvest 750 grams which went really well roasted with root veg and chicken. These potatoes have survived temperatures of down to -12C. They were in big pots and surrounded by compost but it is still a surprise they were not mush.

On a sad note the farmer in the field behind has pulled up our two hedges. I am not sure why as the field and hedges were a haven for wildlife and the field has not been used for crops or grazing for many years. 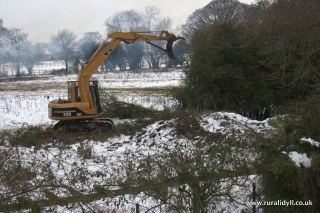