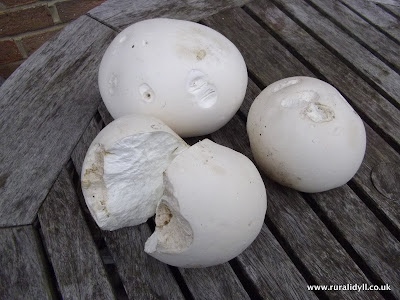 I cannot believe that it is now mid-September and I have not written up the trials and tribulations of cultivation since June. I can only claim that work on the allotment had to take priority over writing about it.

Although the weather from July onwards has been rather mixed with a lot of heavy rain and then warm days, it has been good for growing. The weeds in particular have loved the weather. I returned from a fortnights holiday in Normandy to find that the path had been completely buried in comfrey. It took over three hours to clear but at least generated a lot of mulch for the beans and courgettes.

The other problem with the weather was that the courgettes grew into marrows before your eyes. I took the precaution  of cutting all the small courgettes before my holiday  but on my return discovered some of the best ‘marrows’ I have ever seen. The plants took a long time to recover from this largess but are still producing sweet, small and tasty produce. 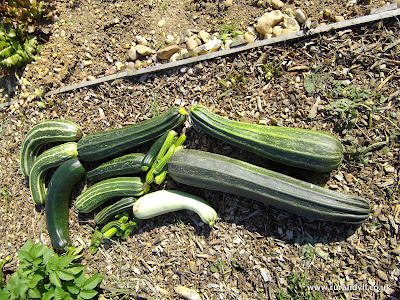 From courgette to marrow in two wet weeks

The other debilitating effect of the damp and warm weather has been on the potatoes. Blight is almost inevitable and I had to take the foliage off the plants somewhat earlier than I would have liked. The potatoes are ridged up and appear undamaged. They are now sitting in jute sacks in the garage. I should have enough to last well into next spring if all goes well.

Onions  and garlic has  been very successful this year the earlier plantings were harvested in late june and the spring planting of onions in august. Both crops did well . The spring planted onions were put in groups of  five , something suggested by the Eden Project, and all five grew with a range of different final sizes. I have four big netting bags full or both red and white onions and hope to be able to use them well into next year. 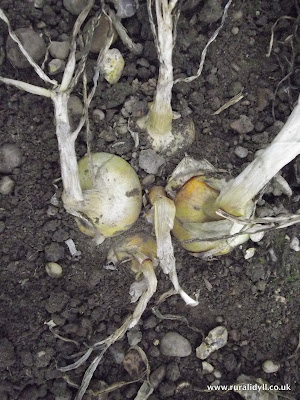 Spring planted onions grown from sets in groups of five 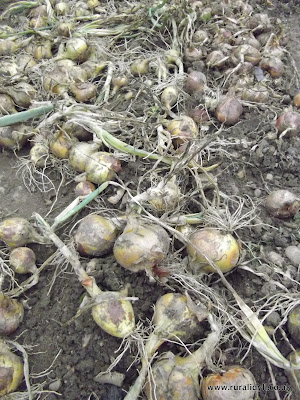 Drying off the onions and shallots

Lettuces planted as ‘cut and come again’ have grown into full large plants and those we have not managed to eat are starting to bolt. I am already planting out winter lettuce so we will have something  of the autumn.

The mammoth bean run I put up has worked very well with a combination of borlotti and climbing french green and black ( blue) beans) the freezer is already full and I have experimented with pickling some of the glut. 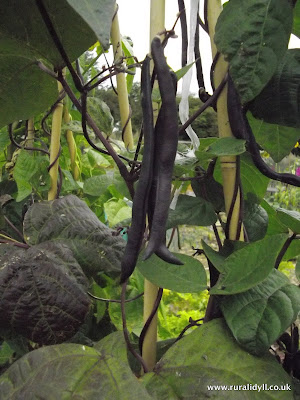 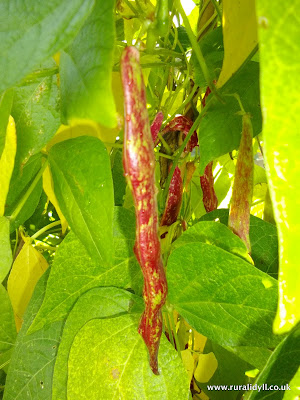 Borlotti beans, great whole when small and podded beans when left to mature

Other notable successes were the artichokes both globe and Jerusalem. The globe have been planted down one fence with the intention of using the to suppress weeds and have something nice to eat. The Jerusalem have done very well and need cutting back so I can dig up the corms. I will leave some so we have a crop next year. 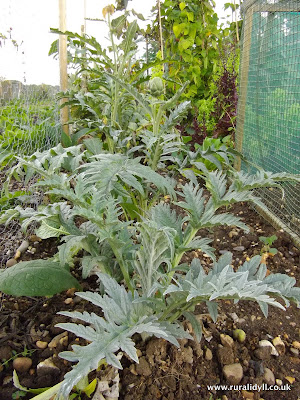 Globe Artichokes, even in the first year still have edible flower heads 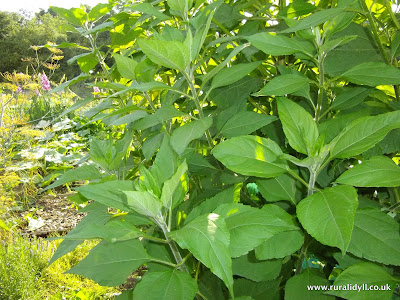 Jerusalem Artichoke plants- I am looking forward to the corms or are they tubers?

I have been amazed that I managed ad few aubergines and lots of outdoor cucumbers  even though it has not been very warm or sunny. 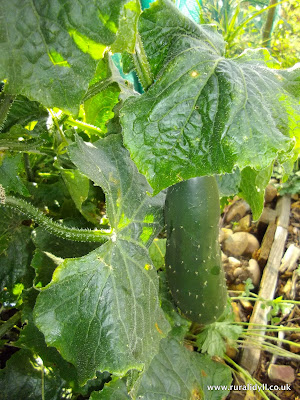 Cucumbers growing up the bean arch 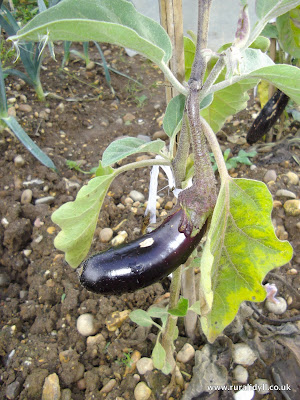 For the Autumn we aready have leeks and pumpkins growing on. I am looking forward to Halloween and using my own home grown pumpkin this year 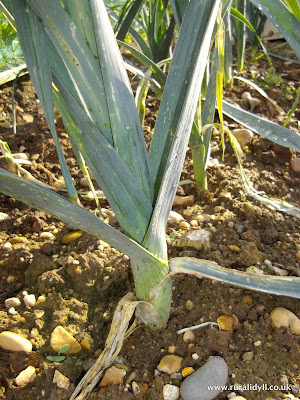 Leeks on their way to give us a winter feast 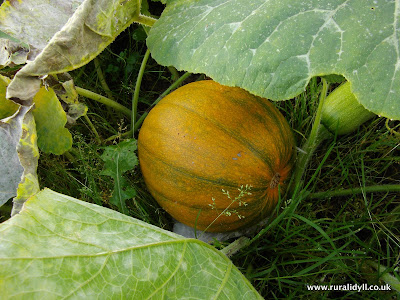 A final word should go to my companion plans- the nasturtiums have come on very well, lots of different flowers, all very tasty and they seemed to keep the cabbage whites of my cabbages ( together with the netting). 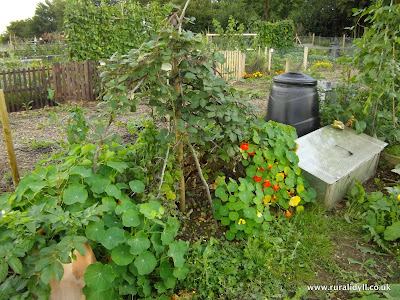 Nasturtiums brighten up the allotment, are very tasty ( you can eat the flower, leaves and seedpods. They also act as sacrificial plants to reduce pests on the veg.